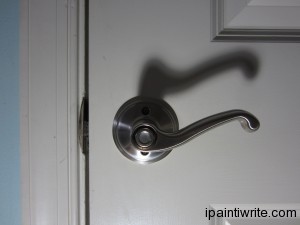 After I published my story about being molested, “Mommy, I have a secret,” a friend asked me, “Pamela, I was just sharing this with my husband and we were wondering what things did you do and say differently with your own kids?  What types of conversations have you had with them?”

I answered her question with a brief list of how my past affected my parenting.  Here is an extended version.

17 ways I try and protect my children from perverts

1. The children were not allowed to be in a room with someone and have the door closed. A child believes that their parents are omniscient. The child thinks logically, “My parent knows everything. Therefore they know what we are doing behind this closed-door. If this person is my Mommy and Daddy’s friend,  I can trust them.”

2. Guests were not given our children’s bedrooms to sleep in. My husband and I have had guests sleep in our room, and we have slept on the floor in our child’s room.  My abuse happened in my bed, in my bedroom. The man we called Uncle Carl  had been given my room to sleep in.

3.If an adult wanted to spend time with only my children, and had no relationship with me or my husband, they were denied access.  I had read in a pamphlet on preventing child abuse, to beware of adults who seems more interested in a friendship with your child than with you.

4. I allowed sleepovers, but I was cautious.  I don’t like sleepovers, but I have allowed them. My oldest daughter was invited to a sleepover when she was eight, after we had recently moved to a new area. I called the mother and asked if she had a pedophile living in her basement. Yes, I actually said that. She understood my concern, after I told her I had been molested as a child. We did become good friends.

5. Friends were not called Aunt or Uncle. My closest friend wanted to be called Aunt when my oldest child was born. The man who molested me was not my father’s brother or my mother’s brother. We called him Uncle Carl. Rationally I knew that ‘real” Aunt and Uncles can molest. A friend of mine was molested by her sister’s husband. I couldn’t emotionally have anyone be called Aunt or Uncle, other than siblings of me and my husband, or their spouses.

6. The children were given boundaries on where they could be touched. I told the children if a bathing suit covered it, it was private and not to be touched, on them or someone else. Body parts were given the proper name.

7. I told the children to not speak to stangers, or give directions. People should ask for directions from an adult, not from a child. Two men stopped and asked my mother and I to use our phone, when we were in our backyard gardening. Next door to us were several men outside doing repairs on a house.  Why did they ask us and not the men?

8.The children couldn’t go to someone’s home if the mom was out and only the dad was home.  Once I was dropping my daughter off at a neighbors home for a play date. As we arrived the mother was backing her car out of the driveway. She yelled at me from an open car window, “Hey, I will be right back. But it is okay, my boyfriend is here.”  I didn’t leave my eight year old daughter with her boyfriend, a complete stranger. The mother may have trusted her daughter with her boyfriend, but I wasn’t going to. Pedophiles like single parents.

9.  The children were to tell me if someone gave them a gift. The man we called Uncle Carl gave me a Japanese doll. I still remember holding the doll in my hand and feeling special.  I thought of Uncle Carl as a friend, so when he asked me to keep what we did a secret, I listened to him.

10. I didn’t let older adults spend time alone with my children. An older male had befriended one of my children. He wrote them letters. He came over and played video games with them. He gave them a skateboard. Then he asked to take my child to an amusement park. Alone. I said no. My child was ten. He may have been the sweetest adult. He may have been The President’s son. He may have been sincere. Would I risk my son’s innocence?  No, I would not.

11. No secrets.  I told the children that there were no secrets from Mama and Papa. If someone told them to keep something a secret, they were to tell us.

12.  The children were told about the old puppy dog trick.  The children were told to never go with someone if they said they had cute puppies or kittens to show them. They were suppose to come right into the house and tell me.  A stranger was walking down our back alley in Minnesota and asked one of my children if they wanted to come with them and see a puppy. When I came outside the person was gone.

13. I am always  aware of  my surroundings.  I check to see who is at the park when we arrive. Is there an adult with no child at the playground?  Is the person simply reading a book and eating their lunch, or they paying more attention to the children. Yes, it is sad, that an adult can’t go to a park and eat their lunch alone, without someone thinking they are a child molester.  I may say hello to the adult and be friendly, but I will keep my eye on them.

14. I stopped caring what others thought of my parenting. Friends have told me I am too careful. They have said I should relax a little, and let my child walk around the neighborhood alone. I am responsible for my child not them, and I will ere on the side of caution. I did let her ride her bike around the block, but she wrote her phone number on her arm.

15. They could not go in a neighbor’s house to visit without me. If an adult neighbor invited them into their home for a cold drink, they were to come and tell me, and we would both go over. People who molest are often someone you know and trust, they are not always a stranger.

17. I pray for my children’s safety.  I can not be with my child at all times. I  trust God to protect them.

Trust in the Lord with all your heart
and lean not on your own understanding;
6 in all your ways submit to him,
and he will direct your path.

If someone said to me, “Hey, you can go back in time and stop what happened to you.  However,  in the future you won’t know how to protect your own children.  Your children will be harmed.”  I would say no.

Do you have any suggestions to add to my list of how to protect  children from perverts? Please let me know in the comments.

The next story is
Where is the grave of the man we called Uncle Carl?

These writings refer to Carl Shaack, a Canadian man who died in the early 1990′s. Any resemblance to the name or likeness of any other person using the name Carl, Carl Shaack, or Uncle Carl, is purely coincidental.