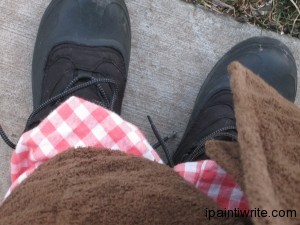 I hate to be woken by a barking dog.

The dog was saying, “Hey, what is that over there. My feet are cold. There is a light on over there. I am scared. What was that? I smell something funny. I don’t know where to poop. Oh dear, I am really scared. Hey, is that a deer. It is a deer. Hey deer, go away. I smell a mouse. Is that a mouse. Oh, now I have to pee. Where should I pee. It is really dark out here. I am hungry…”

My neighbor in her white house coat opened her back door.

I said to her,”Your dog, woke me up. Please get him to stop barking.”

“I was just going to bring him back in.”

“Please go out with him next time.  Don’t let him bark so early in the morning.”

“I am tired of him barking. I am angry. Please stop him from barking.”  I said as I turned and walked away.

She brought the dog back in. Then I walked home and sat at my typewriter and wrote a story. Then I wrote ny neighbor an email apologizing for my anger.

Dear  Margaret, [ Her name had been changed to protect the privacy of my neighbor]

Please forgive me for being so angry when I asked you to get your dog to stop barking.

I will pray for your dog to get over his anxiety.

I still love you and want to be a good neighbor. 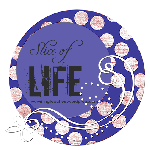 Tuesdays I am part of the Tuesday Slice of Life. You can read other stories at TwoWritingTeachers.wordpress.com