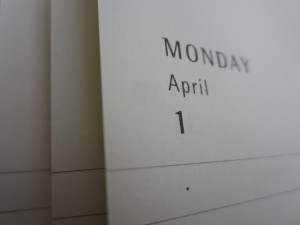 Today is April the first. I will not lie to you. I am not going to tell you an invented story and then laugh at you later because you believed me.

I wanted to say, “Hey, I cleaned my basement this weekend.” But, I would be lying because it still is messy. I also wanted to say, “There are no candy wrappers on the coffee table.” But, that would be lying as well. Easter was yesterday and there are candy wrappers everywhere. I did want to tell you, “I turned into a cat last night.” But that is so obviously an April Fool’s joke.

I will tell you about the time I did lie.

The Lord detests lying lips, but he delights in people who are trustworthy.

I told my mother I paid the piano teacher.

I walked the four blocks to the piano teacher by myself through back alleys. I cut through the back of The Arrow Confectionery store from the back alley, to the main street I had to cross to get to my piano lessons.  I had to walk right past the candy counter.

When I came home from my piano lesson my mother asked me, “Pamela, did you pay the piano teacher?”

I didn’t realize when I was eight, that I had been given a change to come clean. I didn’t know the piano teacher had called and said she hadn’t been paid.

“The teacher called and you didn’t pay her. What did you do with the money?”

My hand was in my pocket holding tightly to the candy and the change.  I pulled my hand out of my pocket and opened it. There was a crumpled up dollar bill, a few coins and some wrapped hard candy.

My mother took my hand and we walked the four blocks to The Arrow Confectionary. I stood at the counter and told the store owner, “I would like to return the candy.”  Now that was a lie. I didn’t want to return the candy. I wanted to eat it. He returned the money. Then my mother and I walked to my music teacher’s home and I paid the teacher for that month’s lessons.

My Mom made up the difference in the payment I had eaten. I paid my mom back from my allowance.

I never lied again. (Now that may be a lie, but it is not intentional. I don’t remember lying again. )

I just called my mom.

“Mom, do you remember when I lied and used the piano money to buy candy.”

“I honestly don’t remember. But what a good mother I was to make you take the candy back.”

“Thank you for making me.” I didn’t want to thank her when I had to give back the candy.  46 years later I am thankful.

“That’s what mother’s are for.”

Have you ever lied? Did you get caught?