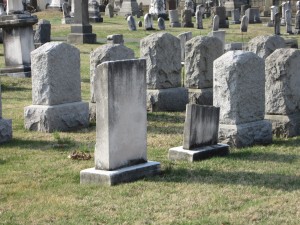 I know the man my family called Uncle Carl committed suicide. The police told me he was dead when I first tried to find him in 1997. Carl Schack molested me when I was a child. I wanted to prevent him from harming other children. He had taken care of that himself.

I want to see the police report. I want to find the grave of Carl Schack.

I wrote a letter to the The Police Chief in Saskatoon, Saskatchewan, Canada; the city where I lived as a child.  I mailed the letter on January 30, 2013. I asked for a copy of  the police report: file #1997-491-7; the file created from my initial report of sexual abuse in 1997. I waited over a month for a reply. Then I called the police department and asked if they had processed my letter. My phone message was forwarded to the Forensic Identification Section of the Saskatoon Police Service.

Healing is a process. I started to heal when I wrote Uncle Carl molested me when I was eight. I shared the secret I had kept hidden for over 45 years. The little girl who was ashamed was comforted, loved and reassured by people who read her story and commented. I didn’t have to hide. The abuse wasn’t my fault.

I thought the story I had started to write would end if I could find his grave. A nice neat ending; childhood abuse survivor sets flowers down on the grave of her molester. I played the image in my mind like a three minute YouTube video. Wide shot of cemetery, close up of headstone, then a  wide shot of my back as I walk away.

I won’t get to stand on his grave. The last chapter in my story will not be at the grave of Carl Schack. The police won’t release the information.  I received an e-mail on February 20th, 2013. This is an excerpt from the e-mail.

c) You are entitled to a summation of the file.

The man is dead. He molested me. But his privacy is protected.

I asked for a summation of the file.

Then they cried to the Lord in their trouble,
and he saved them from their distress.
He sent out his word and healed them;
he rescued them from the grave.
Psalm 107:19-20

This morning after I finished writing the rough draft of this story, I drove my oldest daughter to school. On the way home I drove past a cemetery. I stopped and took photographs of the back of several headstones to illustrate this story. The name of one of the headstones was not visible. Rain, snow and time and worn away the surface of the stone. Will time erase the story of abuse carved into my past? 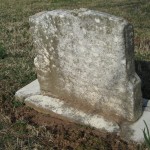 Is there a memory in your past that haunts you?

These writings refer to Carl Schack, a Canadian man who died in the early 1990’s. Any resemblance to the name or likeness of any other person using the name Carl, Carl Schack, or Uncle Carl, is purely coincidental.