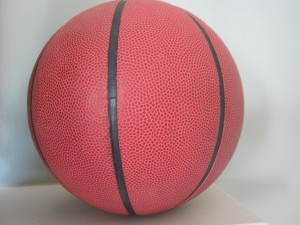 I will watch my friend’s son play baseball because I know him. I have never heard of any one of the basketball players on either team. Who are they? Do they have children? Are they married? What do they like to eat for breakfast? Where did they grow up?

When I said I would watch the last  four minutes of the game with my husband, I expected it to only last four minutes. The last 3:58 minutes of game four of the NBA play offs took 10 minutes and 29 seconds to play. I know because I timed it on my phone. 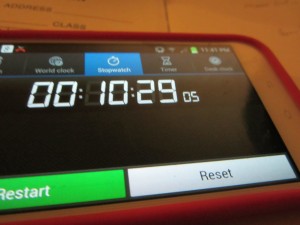 The next game between The Heat and The Spurs is tomorrow night at 8:00 p.m. (ET) I may watch it, or I may walk the dog. Before I will even consider spending my time sitting down watching someone else exercise. I will do a little research on Lebron James,Dwayne Wade and Chris Bosh for the Miami Heat. And I will research the top three players for The Spurs, Tony Parker, Tim Duncan and Manu Ginobili.

After reading news articles about the six players,  I am curious to see Lebron James take to the court like King Kong. I want to see #3, Dwayne Wade, a devout christian play. He bought his mom, a Baptist minister, a church building in Chicago.  Will Chris Bosh flop like he did in game four. He was fined 5,000 dollars for his flop. Will Tony Parker’s torn hamstring keep him out of the game? Does Tim Duncan, a stoic player with an honors degree in psychology  really look like Mr. Spock from Star Trek when he plays? Does Manu Ginobili have more energy on the court because he is the father of three year old twin boys?

Hmm, now that I know a little about some of the players, I may walk the dog at 7:00 p.m. and catch some of the game tomorrow night.

Are you going to watch game 5 of the NBA play-offs?

Share
Tweet
Pin
0 Shares
Previous Post: « Life is worth living if you can laugh at spilled strawberries and whipped cream
Next Post: You can choose to smile even when you have to clean dog vomit »