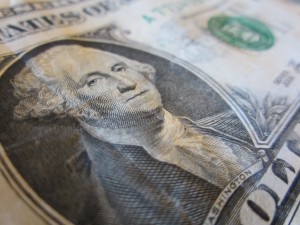 Dollar bills have names, like George or Ben or Lincoln. I want every one of my dollars to have a name. Some of my dollars will have the same name, like house payment, grocery, or electric bill.

When my dollars don’t have names by choice, they get names by impulse. Four dollars last week were called Latte. And some of the dollars were called tree.

I didn’t need the latte or the tree.

We must consult our means rather than our wishes.
― George Washington

We took the Dave Ramsey Financial Peace University class two years ago. The course has been helpful. We cut up our credit cards during the class and  started to pay off debt.  We saved $1,000 for an emergency fund, and stopped using the credit cards to pay for emergencies.

We still have debt.

We were good for a year or so, budgeting, putting cash in envelopes. Then we became like a frog in a pot of water on the stove. We didn’t notice our bad habits coming back. 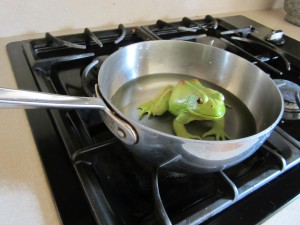 We need a budget.

This weekend we will have a budget. It is so easy to say, “We will set up a budget tomorrow.”  We were going to have a budget meeting on Tuesday night, but that was game six of the NBA play-offs. And then Wednesday night my husband stayed at work late and didn’t  come home until 10:00 p.m.  Last night, Thursday,was game seven of the NBA play-offs. And then we have today, Friday. Tonight my husband and I will have a date in front of the computer making a budget.

We need a budget.  It is time to put the cash back in the envelopes and only spend what is budgeted. If the envelope is empty, it is empty.

You must gain control over your money or the lack of it will forever control you. ― Dave Ramsey

Do you have a name of each dollar you earn? Are you on a budget?