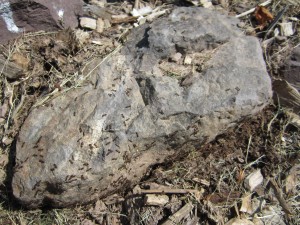 Every morning I read a chapter in Proverbs. My goal is to be wise, and not a fool; to avoid being a sluggard by modelling my behavior after the ant.

Go to the ant, you sluggard;
consider its ways and be wise!
It has no commander,
no overseer or ruler,
yet it stores its provisions in summer
and gathers its food at harvest.

When I considered the ants ways, I assumed ants never slept. When I picked up a rock in my garden the ants underneath the rock were running around. They didn’t appear to be sleeping. It never occurred to me they were running to avoid the sun. They didn’t want to become toast.

Apparently an ant stores its food in summer so it has food in the winter. The ant has a garden and gathers its food at harvest. This year I didn’t plant a garden, so I have no food to harvest. However, I do keep extra cans of green beans and corn in the cupboard in case I can’t drive to the store because of severe rain.

Obviously ants can’t work all the time. They have to sleep. But, how much?

I could set the timer on my phone for 92 intervals of 6 minute naps, Or I could take 253 naps every day for 1.1 minutes.

The worker ants stop in place, fold their antennae and sleep. Sleeping in place would mean you don’t  need a bed, you  could sleep wherever you are. Hopefully not while you were driving.

Perhaps it is the work ethic of the ant and not their sleep habits I am supposed to model. The ant doesn’t have a boss, yet it still does its work.

In my desire to not be a sluggard, I forgot I also need to sleep.

There is a time for many words, and there is also a time for sleep.
― Homer, The Odyssey

Tonight I will go to bed earlier, close the computer, fold my arms and sleep. In my bed, not where I stop working, like the ants do.  I would hate to fall asleep with my head in the kitchen sink, or at my computer, or beside one my seven litter boxes.