This morning  a turtle crossed the road in front of my car. I stopped the car in the middle of the road, put my emergency flashers on, and exited the car.

The turtle was daring greatly. He wanted to go somewhere, and he was risking his life to get there. He probably wasn’t aware of the risk. Perhaps his mother had warned him of the dangers.

“Don’t cross the road, Tommy. This side of the road is safe. Don’t risk crossing. There are plenty of pretty turtles over here you can marry.”

But Tommy, who loved to watch John Wayne movies, quoted his hero to his mother, “Mom, courage is being scared to death, but saddling up anyway. I am scared Mom, but I will cross the road.”

“Courage is being scared to death, but saddling up anyway.”
John Wayne

Tommy the turtle, wanted to find his own adventures.

Tommy didn’t have a horse, but he had courage.

After we photographing Tommy Turtle, my daughter carried him to the other side of the road. 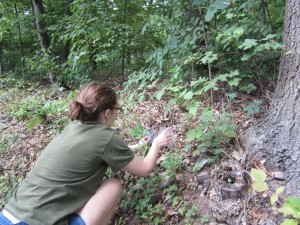 Tommy could have failed in his mission to cross the road. He could have been run over by a car, eaten by a hawk, or he could have fallen off his horse, if he had one.

Tommy could also be successful in his attempt to cross the road. He could dodge traffic, hide in his shell until the hawk flew away,  gallop across the road on his horse, if he had one, or get carried across.

Are you like Tommy the Turtle? Are you scared? Are you willing to cross the road?

Who knows, there may be someone to help you get across.

Be scared and get on  your horse, if you have one.

If you don’t have a horse, walk.