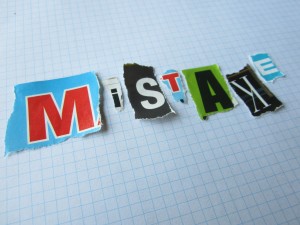 I realized on Saturday that I had made a mistake. A big mistake.

A mistake that made me want to crawl in a hole. I was so embarrassed and I didn’t want to admit my mistake.

Today is Monday, and now I know what I should have done on Saturday.

Well, we all make mistakes, dear, so just put it behind you. We should regret our mistakes and learn from them, but never carry them forward into the future with us.
― L.M. Montgomery, Anne of Avonlea

6 things to do when you make a mistake

Anyone who has never made a mistake has never tried anything new.
― Albert Einstein

On Saturday I didn’t do any of the things on the list I just wrote. I did everything on the next list.

10 things to NOT do when you make a mistake

And what was the mistake?

Some of the people who read my blog had subscribed. They gave me their email address and wanted to receive regular updates, or posts on my blog, www.ipaintiwrite.com. When I hit the Publish button, I thought the stories were being sent automatically to their email.

But, alas, they weren’t.

So all those kind people who had asked for my stories, were not getting them. I felt like a liar.

I did sent out an e-mail today apologizing, in case anyone was wondering, “Hey, whatever happened to that Hodges woman? She said she was sending me stories and she never did!”

My plan this year is “To Not Shut Up For 365 Days.”  But I didn’t write on Saturday or Sunday because I was so discouraged by my mistake.

We learn from failure, not from success!”
― Bram Stoker, Dracula

L.M. Montgomery, Albert Einstein and Bram Stoker have all encouraged me today. And, I hope that I have encouraged you to Try Try Again.