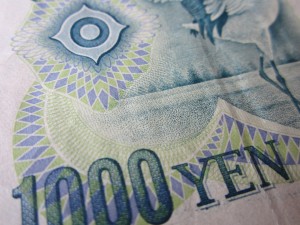 If you don’t speak the language in a country, it seems logical that if you talk slower and louder they will understand.

November 3rd, 1983, I landed at Narita Airport in Tokyo, Japan. I didn’t speak any Japanese. Sushi and origami were Japanese words, but they weren’t enough. My plane had been delayed and landed late. I didn’t know if the hotel had received my letter with my reservation. I couldn’t pay ahead with a credit card.  PayPal wouldn’t be invented for another fifteen years.

There was no one at the airport to meet me. No friends to pick me up and take me back to their apartment.

At the money exchange at the airport I exchanged a travelers’ check for Japanese Yen and looked for a pay phone. The payphones were all lined up against the wall. They were all being used. I waited and then dialed the number for the hotel. They answered and said something in Japanese.

“This is Pamela Fernuik. My plane was late. I am coming, please save my room.”

They said something back to me.

Maybe if I spoke slower and louder they would understand.

We did this back and forth for 83 million years, my voice getting louder and slower, sweating in my winter coat, feeling the tears forming behind my eyes. My face to the wall, my back to the herd of Japanese people and travelers walking behind me.

I turned away from the pay phone as I was talking, tears coming out of my eyes. A Japanese businessman walking  past me, head down in a hurry, heard me and saw my face. He walked over and said, in English.

“May I help you?” Or maybe he said,”Do you need help.” All I remember is he offered help and he spoke English.

“Yes, please. My plane was late and I want them to save my room for me. They don’t speak English.”

He took the phone out of my hand, faced the wall and talked rapidly in Japanese. He hung up and said, “Your room is saved. How will you get to the hotel?

People on the train tried to talk to me in English.

An elderly Japanese lady stood up at my stop,  pointed to the sign and nodded her head.

The Japanese people were kind to me. I wanted to stay.

I have never forgotten the kindness of the Japanese business man on my first day in Japan. If I had his address I would write him a letter and say thank you again.

Was a stranger kind to you when you were traveling? Please tell me in the comments. I would love to know about your adventures.