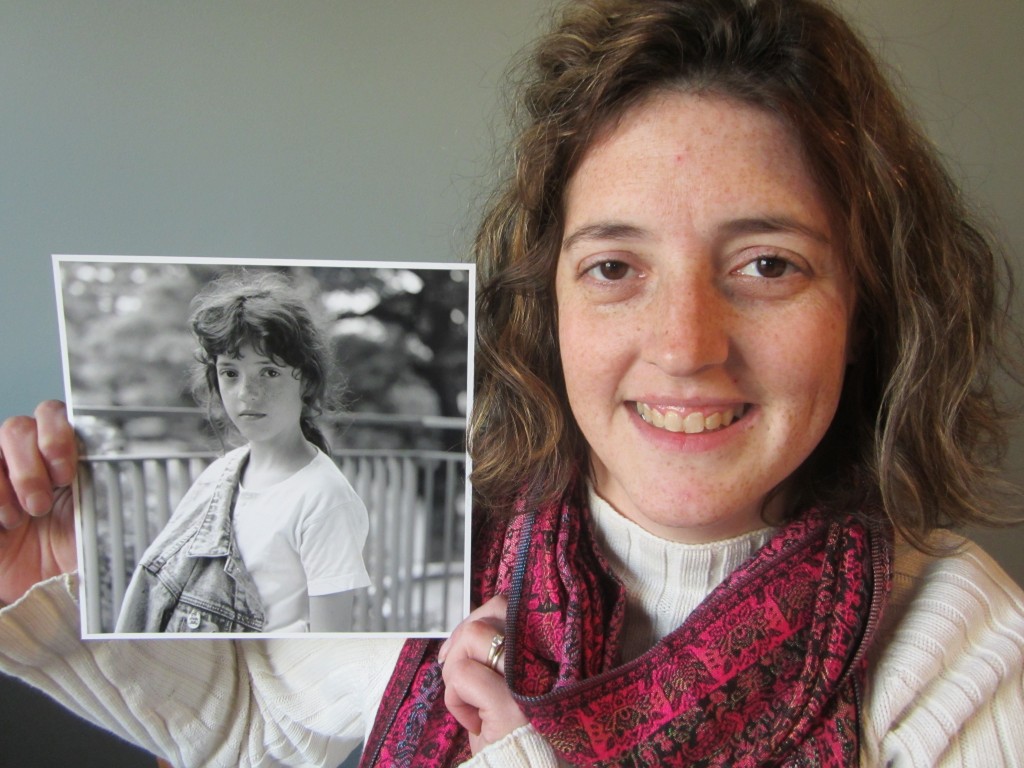 The last time I saw Meredith she was living in Tokyo. She was nine. The year was 1990. I left Japan in August and flew to The United States to get married. Meredith wrote me letters and I wrote back.

Meredith modeled in Tokyo, and I was a fashion photographer. I met her and her parents, Martin and Marilyn, at Tokyo Baptist Church and became friends. I took photographs of Meredith and her sister Maggie for their modeling portfolios.

Meredith had brown hair and freckles. Lots of freckles.

Martin and Marilyn eventually moved back to the Ohio from Japan. We  exchanged Christmas Cards infrequently. I stopped writing to Meredith. She grows up, goes  to college, gets married, has children. I get married, have children, move six times, and have no contact with Meredith.

Two years ago I sent Martin and Marilyn a Christmas card from Pennsylvania. Meredith sees the card when she is home visiting.
“Mom, she lives an hour away from me in Pennsylvania.”

You can go through life and make new friends every year – every month practically – but there was never any substitute for those friendships of childhood that survive into adult years. Those are the ones in which we are bound to one another with hoops of steel.
― Alexander McCall Smith, The No. 1 Ladies’ Detective Agency

The hostess called me into the kitchen, “Pamela do you know this woman?”

I stared at the face full of freckles. Who is this?

And in the middle of the tall, five foot, ten, inch woman was a nine-year old girl with freckles.

After I had walked through the kitchen and was standing in the dining room eating cheese and salami, Meredith asked the hostess, “Is that Pamela Hodges?”

How did we end up at the same house?

I wonder if one day I can sit down and have a cup of coffee in heaven with God, I will ask him, “Excuse me God.”

“You were invited to the same party. Her husband works for your friends husband.”

I wonder if there will be popcorn when we watch the movies of how the angels protected us and brought friends and husbands into our lives?

God is a big God and he cares about little things.

Last night Meredith invited me to her home for supper. Her parents were visiting from their home in Florida. They moved there four months ago from Ohio. She didn’t tell her parents I was coming with my youngest daughter for dinner.

She said “What are you doing here? I didn’t know you were coming.”

And Martin the dad said, “You look familiar. I think I should know you… Is it Pamela?

And when God and I are having coffee. I will be drinking a latte, I will thank him for the gift of friends he gave me this Christmas.

Have you ever met someone at random you had not seen in years? Please tell me your story in the comments. I would love to hear of your adventures.