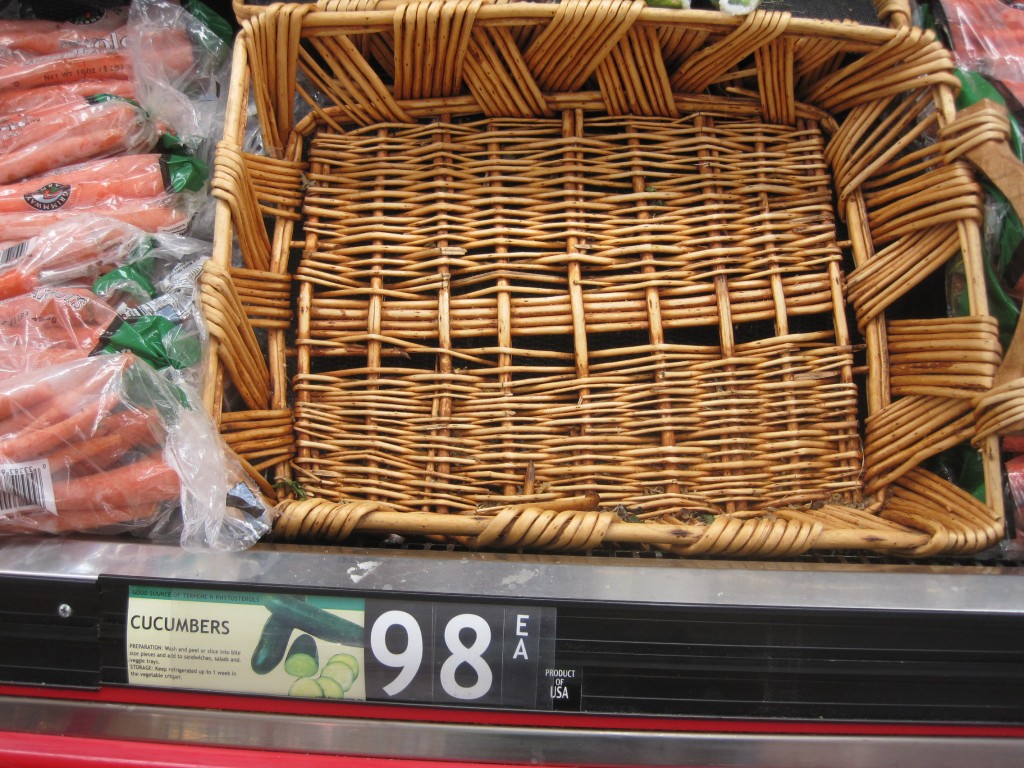 I had a list and I was going to execute my list. Milk, eggs, cucumbers, lettuce and fish heads.

Cucumbers were on my list. I walked in the door of the store expecting to buy cucumbers. I didn’t worry the night before when I went to bed. Oh, I hope they will have cucumbers tomorrow. I won’t be able to sleep worrying about the cucumber supply.

When I walked over to the cucumber basket in the produce section, my world was shattered. The rug was pulled out from under my feet, and I was bowled over. Can you think of any other clichés that you should never use in writing, that I could use here?

On Kibbutz Reshafim in Israel there were always cucumbers.

In Tokyo, Japan there were always cucumbers in the grocery store.

If there could be a world where my grocery story might not have cucumbers, could there be other things in my life I was taking for granted?

First lets define: take for granted– To expect something to be available all the time and forget that you are lucky to have it. (Thank you: dioms.thefreedictionary.com/take+for+granted )

Sometimes it takes an empty cucumber basket in the store to see I take a lot of things for granted. Things I should wake up every day and say thank you for.

Today, Memorial Day, I remember the men and woman who died while serving in The United States Armed Forces. And I say, “Thank you to all who are serving now.”

What about you?
Is there something in your life you take for granted?

Please tell me in the comments. I would love to chat.