A balloon filled with helium costs one dollar, plus tax, at the party store. For an extra fifteen cents, for ultra high-float, the balloon will stay in the air twenty-four hours instead of eight hours. The extra sixteen hours should help it get to my dad in Heaven before it deflates. 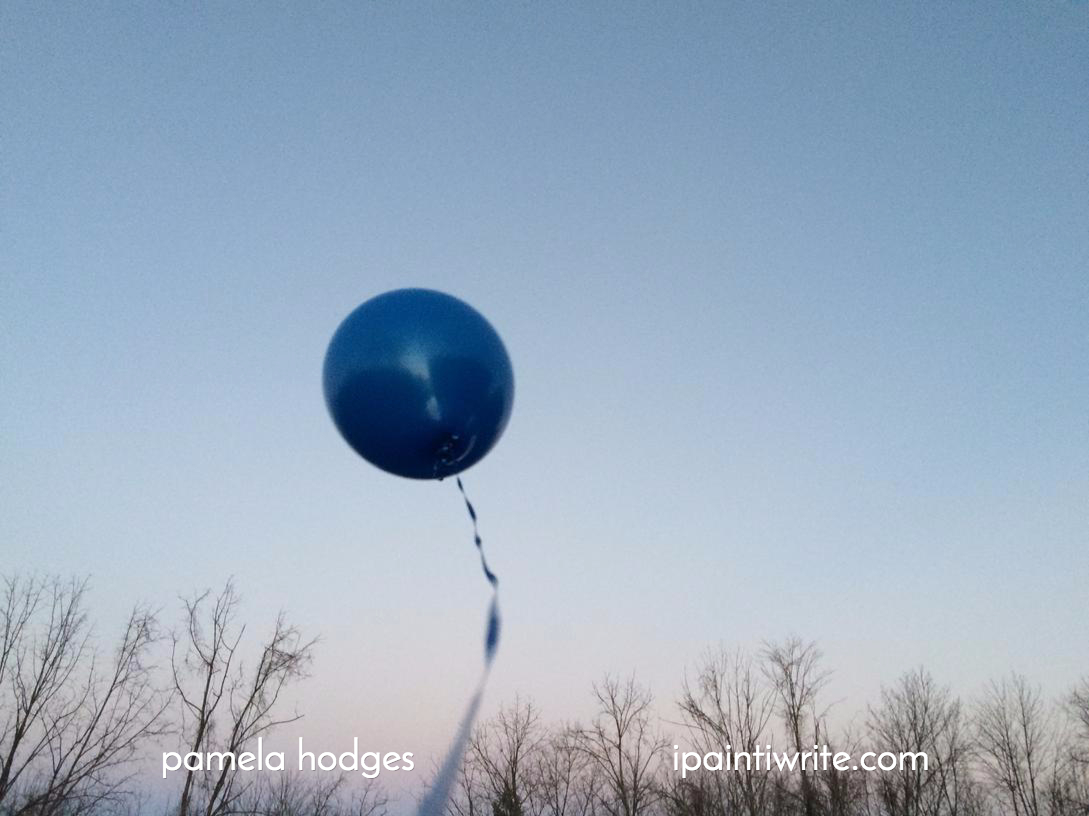 A balloon with a message tied to the end of the string.

In Heaven there is a special door that opens every night around midnight to collect all of the balloons with messages that are sent to people in Heaven.

The door to Heaven is guarded by two angels. The guards make sure only balloons come in, no birds or airplanes. Then the balloons are held in a room with all white walls, the colors of the balloons reflecting like rainbows on the walls. The walls are as tall and as wide as the red wood trees along the coast in Santa Cruz, California.

Each balloon is hand-delivered to each person in Heaven, by an angel.

The last time my dad received a balloon was in 1998, the year he died. My oldest daughter was four. She wanted to send a message to her grandpa. It was her idea.

I don’t remember what she said on her note. But she wrote the note herself, attached it to a blue balloon, and released the balloon on a day with a clear blue sky. We watched the balloon rise, until we couldn’t see it anymore.

Today, I wrote a note to my dad. I wrote the note myself, attached it to a blue balloon, and then released the balloon on a day with a clear blue sky. I watched the balloon rise, until I couldn’t see it anymore. 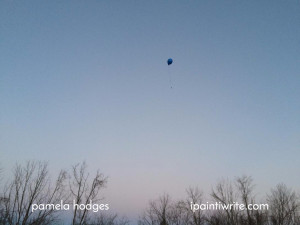 Tonight, at midnight, the door to Heaven will open. And, my little blue balloon from Pennsylvania will float into the white room with walls as tall and as wide as the red wood trees in Santa Cruz, California. The little blue balloon will reflect on the white walls with all the other balloons, making a rainbow.

In the early hours of the morning, the balloon will be taken to my dad by an angel.

And, he will read what I wish I had said to him before he died.

Painting a pink zebra with a pot of violets. Becau