My cat died, bravery, and advice from Winnie the Pooh 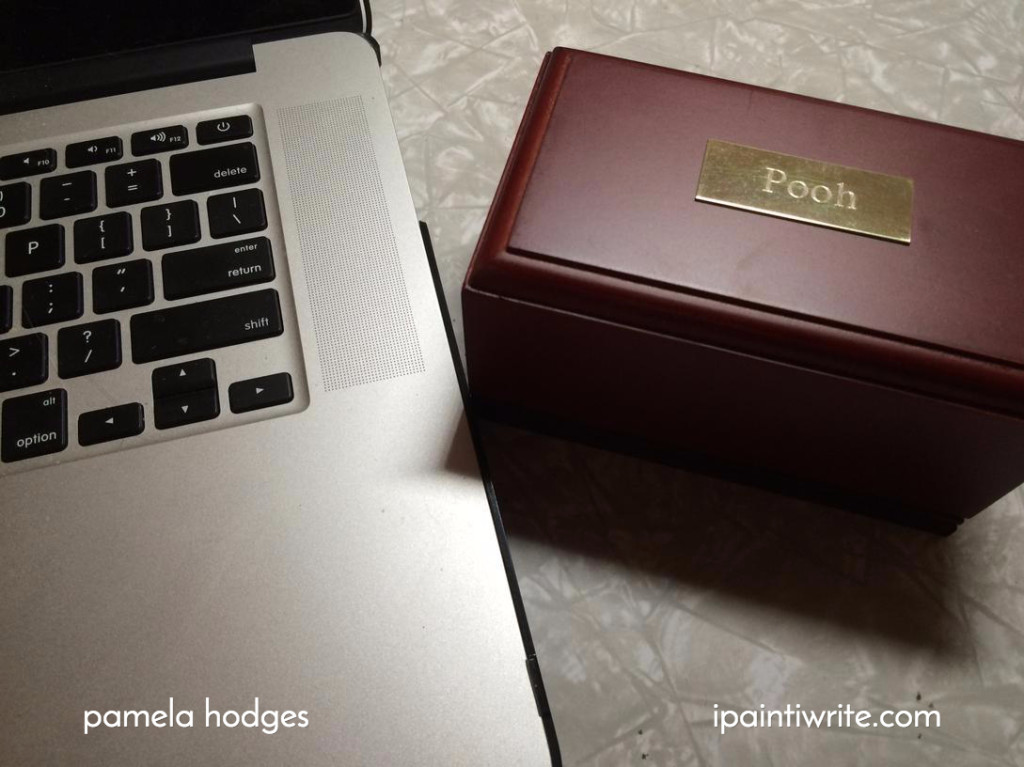 The last time I wrote was the last day in March. I wanted to see you be brave. Yes, I did. I wanted you to be brave. I wrote about being brave like I had it all figured out myself.

And the next day my cat, Pooh Hodges, died.

My daughter came running into my bedroom, yelling, “Pooh died.” or maybe she said, “Pooh is dead.” I had just woken up from a nap. Pooh died while I was sleeping. He died in a sunbeam.

The night before Pooh died he came and laid at the floor by my feet when I was writing about being brave. He put his paw on my foot as I typed.

Pooh’s ashes are on my desk now.

And, I don’t feel brave.

You are braver than you believe, stronger than you seem and smarter than you think.
– Winnie The Pooh

Let’s listen to Winnie the Pooh. The Winnie the Pooh that Pooh, the cat who managed my household, was named after.  You are braver, stronger and smarter than you think. Click To Tweet