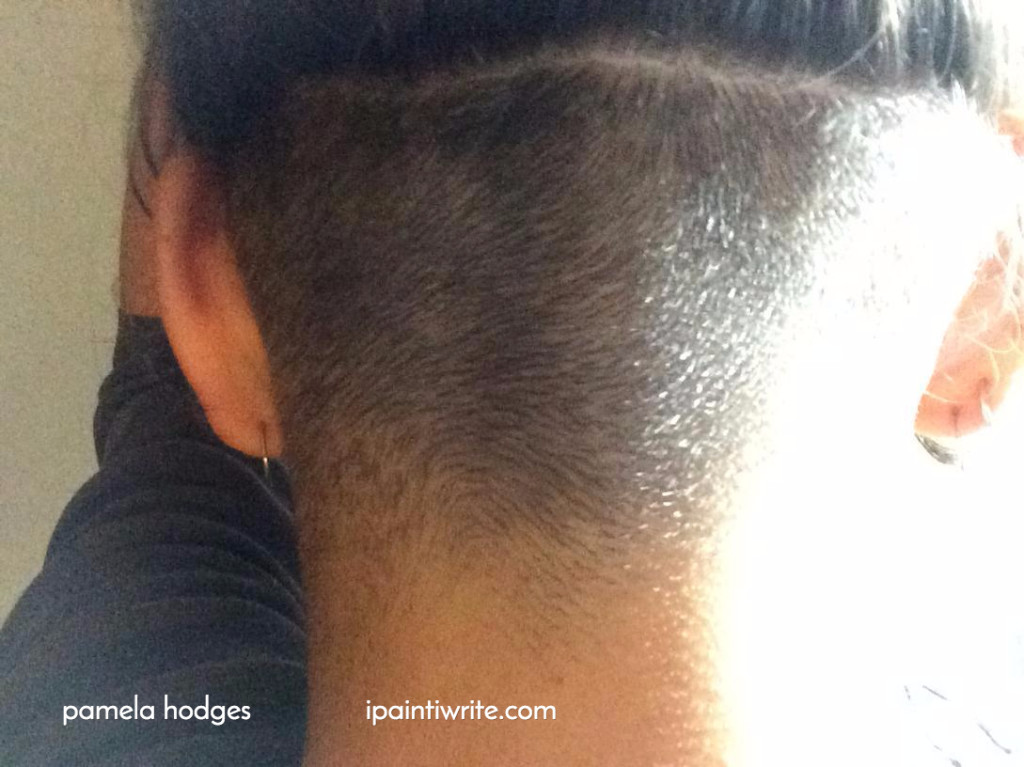 Yes, I know, I should have asked how much they would charge me to shave the back of my neck. Just because the hair cutting place I usually go to charges me five dollars doesn’t mean everyone else will.

I had a few hours free after I dropped my daughter off at an appointment. So why not get a haircut? It wasn’t my usual hair cutting place, but why not try a new place?

And, yes I shave my neck. If you really want to know why, ask me, and I will tell you in another story.

“What do you want today?”

“Shave my neck with a number one.”

I sat in the chair for less than three minutes. Okay, maybe four minutes. I sat down. She put a cloth around my neck, the number one blade on the razor, turned it on with her right thumb and before I could get my feet comfortable, she was finished.

The receptionist said, “That will be fifteen dollars.”

“Fifteen? You only shaved my neck.”

Then I told her about the other place only charging five. They didn’t really care what the other place did. And, that totally makes sense as it is their business: they can charge what they want. So then I approached the fee based on square inches cut.

They woman in the black robe, and the two other haircutters who came to stand beside her, kept telling me it was fifteen dollars. No matter how wise I was, they wouldn’t budge on the fee being fifteen dollars. And I refused to pay more than five.

If you have to pay fifteen dollars to get your neck shaved you might as well shave your whole head and get your money’s worth.

“I am not paying fifteen dollars. I will pay five. And five for a tip.”

Would you pay fifteen dollars for a five dollar haircut?

Then they called the manager.

I paid five dollars for the neck shave and I left a five dollar tip. And I didn’t even cry when I was talking. When I think someone is being unfair, I will often cry.

Is the customer always right?

The manager could have smiled and said, “Of course, you only had your neck done.” But she grumbled and complained and said with her words, “Fine, five dollars.” Her face said, “I am only doing this because you are a nuisance and I don’t really want your business so pay your dang five dollars and go away.”  Then, with no smile on her face, she turned and gave me her back to look at as she walked away.

No, I will stick with my regular salon who charges me five dollars to shave my neck. And I won’t go back to the fifteen dollars no matter what place, every again.

Unless I want my whole head shaved.

What do you do when a place tries to charge you a fee that you think is unfair? Do you pay? Negotiate? Cry?

Please tell me in the comments. I would love to hear from you. And let me know if would like the story of why I shave my neck. A boring but true story. Maybe it will even be funny.