Driving home from dropping off a donation at the thrift store I started to cry. I had given them a Kodak slide projector, and now I wanted it back. 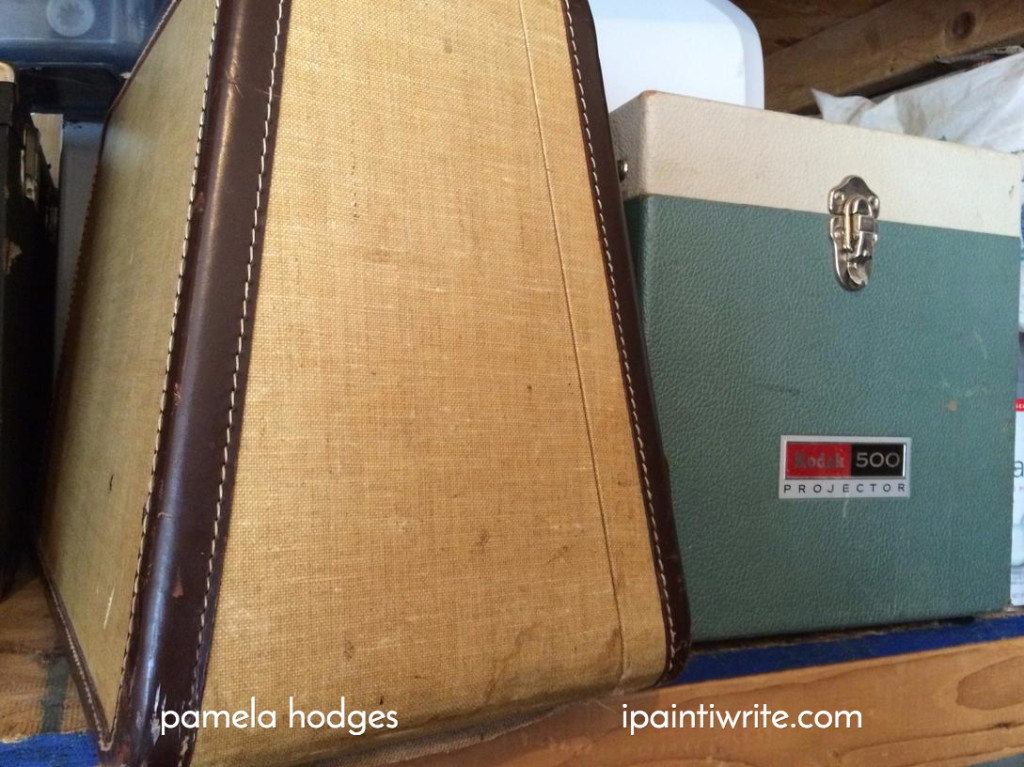 I was trying to simplify my life and get rid of everything that I wasn’t using. Living with less as a key to finding happiness as suggested by Joshua Becker in his blog, becoming minimalist.  I wasn’t feeling very happy.

And the Kodak slide projector became, at that moment, my father. I felt like I had given my father away. Maybe if I knew where his ashes were the slide projector wouldn’t have mattered. I could have gotten rid of it with no second thoughts. My step-mother has his ashes, where ever she lives. She moved, with no forwarding address, when he died.

The slide projector became all of my childhood, memories and laughter. As I drove back to the thrift store to try to get the slide projector back I remembered the hum of the motor and the sliding click noise of the projector as we manually advanced one slide at a time.

Watching as a family on Sunday nights with popcorn the slides of our childhood.

I spoke to the man who had helped me unload my car at the thrift store; he said he would look for the slide projector. He looked at the photographs of the items I had donated after I dropped them off on the road in front of the donation bay in the back of the store. –

A few days later I went back to the store to see if he had found my slide projector. He said he found it and it was in the back employee only area of the store. I asked one of the managers if I could have it back.

She said, “No. You will have to wait for it to evaluated to see if it works, and it needs to be priced and put out on the floor.” She wouldn’t call me when they put it out, I would have to come to the store and see if it was there. She said she was only following store policy.

Then I asked to speak to the store manager. People make up rules, not machines. I wanted to speak to someone who had authority to make rules not just follow them.

As I waited for the manager to come from the employee area I prayed, “Please let me have the slide projector. Please don’t cry, please don’t cry. As if my mind could control the tears pooling behind my eyes. Feeling the loss of my father as if I had just heard he had died.

Okay, okay, I will admit it. I could barely talk. I was bawling as I talked to her. The kind of crying when you can’t talk and it sounds like you are about to stop breathing. Telling her about my father, and how he had given it to me in his will, and I was trying to live with less because Joshua Becker said it was a good idea to find joy but I wasnt’ very happy right now and my father is dead, and I missed him, and I felt like I had given away my father, and could I please have it back, and I had been praying for days for them to find it and let me have it back and I would pay and please.

She said in all the years she had worked at the thrift store she had never given anything back, Apparently people come and take photographs of donated items in the back bay and then come into the store and  lie, saying they donated an item and now they want it back.

She said I could have the slide projector. 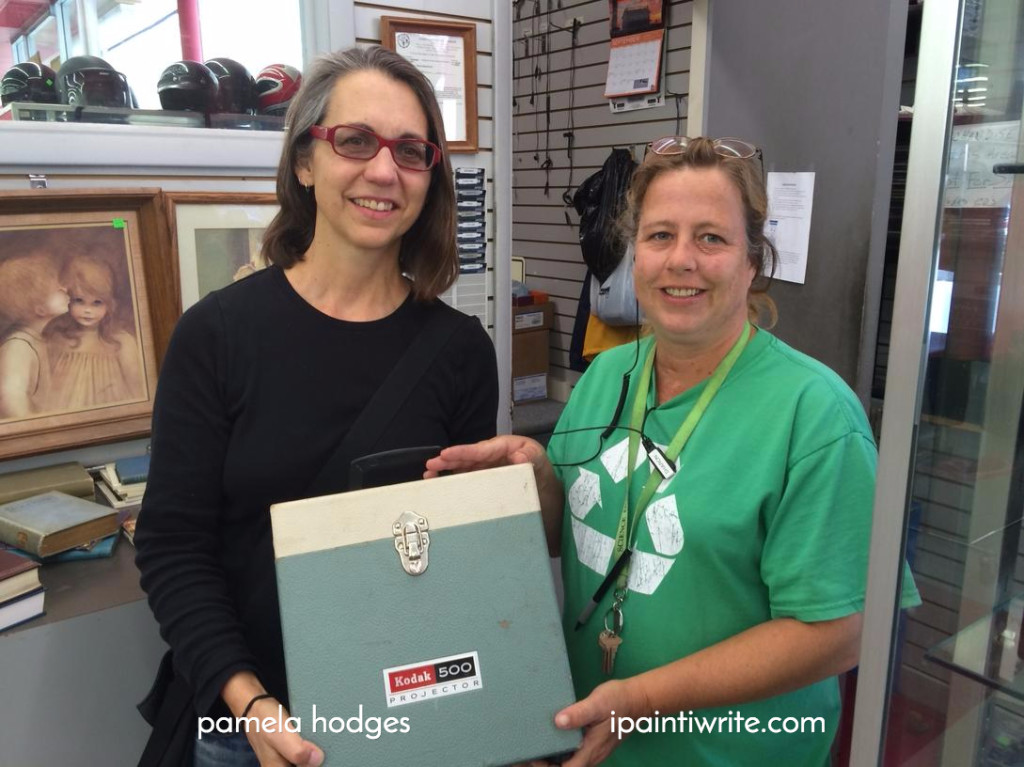 One day I will get rid of the slide projector. Or maybe I will put in my will, or maybe my children will donate it when I die. For now, the Kodak 500 slide projector sits in my office, reminding me of my father. He died on Saint Patrick’s Day, eighteen years ago.

I will plug the slide projector in today and listen to it hum.

I miss you daddy. 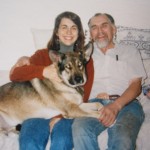 Thank you Liberty Thrift in Pottstown, Pennsylvania, for trusting me, and giving me back my slide projector. Your kindness will not be forgotten.

Do you have memories of your loved ones attached to objects? As always I love to chat with you. Please click here to comment. HERE

Writing every day in March with the Slice of Life challenge. CLi 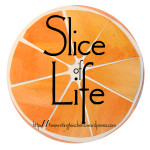