In the middle of a stack of decorative commemorative plates at the thrift store was a plate of The Last Supper. I put the plate on top of the stack and took a photograph.  I didn’t turn the plate over. 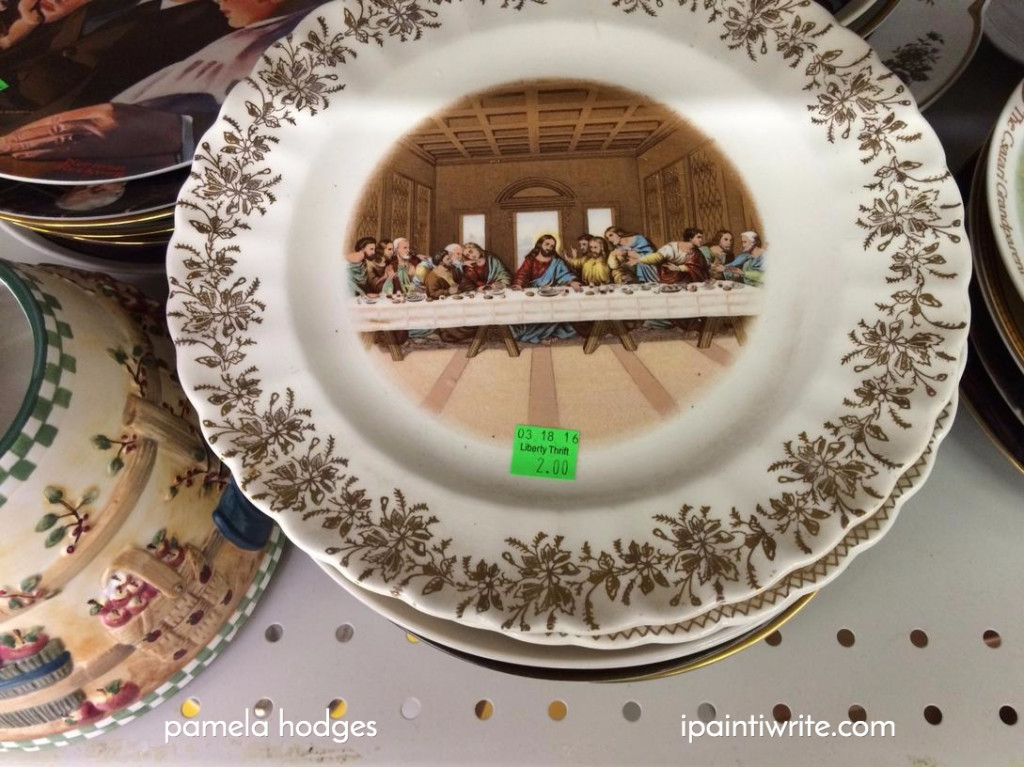 I was content to just take a photograph. A plate of The Last Supper was interesting, but I didn’t want to buy it. I thought it might be a good image to use to write a story about art going from a monastery in Milan, Italy to a gold embossed plate selling for two dollars in Gilbertsville, Pennsylvania. The original fifteen by twenty-nine-foot painting by Leonardo da Vinci was  reduced to a mass marketed ten-inch plate.

But, I didn’t want to spend two dollars on a plate, even if it was Jesus; I had come to buy belts, not plates.

When I got home I kept thinking about the plate. It reminded me of a wall hanging we had of The Last Supper in the home where I grew up.  The Last Supper by Leonardo da Vinci glued to an angled slice of a tree, showing the bark on the edge of the slice. Jesus eating his last meal with his disciples the Wednesday before he was killed. A comforting image from my childhood.

I was going to go back to the store to buy the plate, but when I checked their hours on-line, they were already closed. The thrift store closed two hours early because it was Good Friday.

This morning all I could think about was the plate.

Would the plate be there when I went back?

The plate had become more than a plate. It had become a story. The plate was my childhood story and it was a someone else’s story.

Who had owned the ten inch The Last Supper plate that was selling for two dollars?

The Last Supper plate was on top of the stack of plates. The plate was where I had left it.

I turned over the plate. 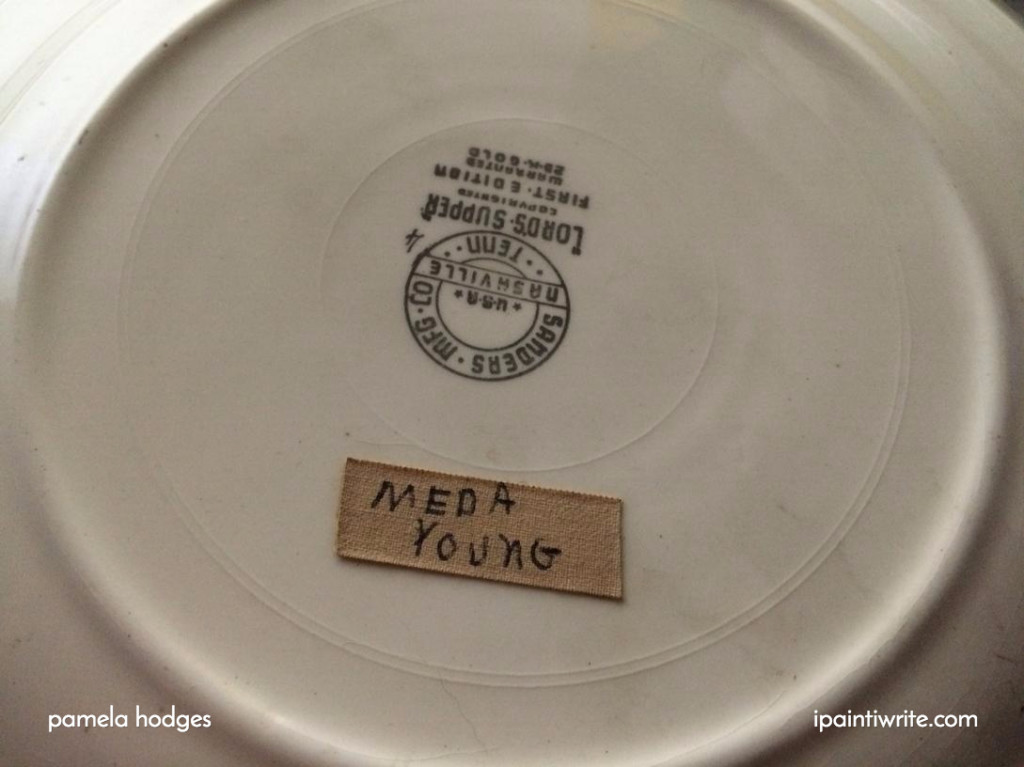 Meda Young was written on a piece of medical tape stuck to the bottom of the plate. The plate was made in Nashville, TN by Sanders Mfg. Co. It was a copyrighted first edition of The Lord’s Supper, Warranted 23 K Gold.

A similar plate is selling for $8.99 on Etsy. I could try to sell the plate and make a profit of $6.99. But. I don’t want to sell. Meda Young wrote her name on the back of the plate. Perhaps it was her treasure.

I bought your plate. 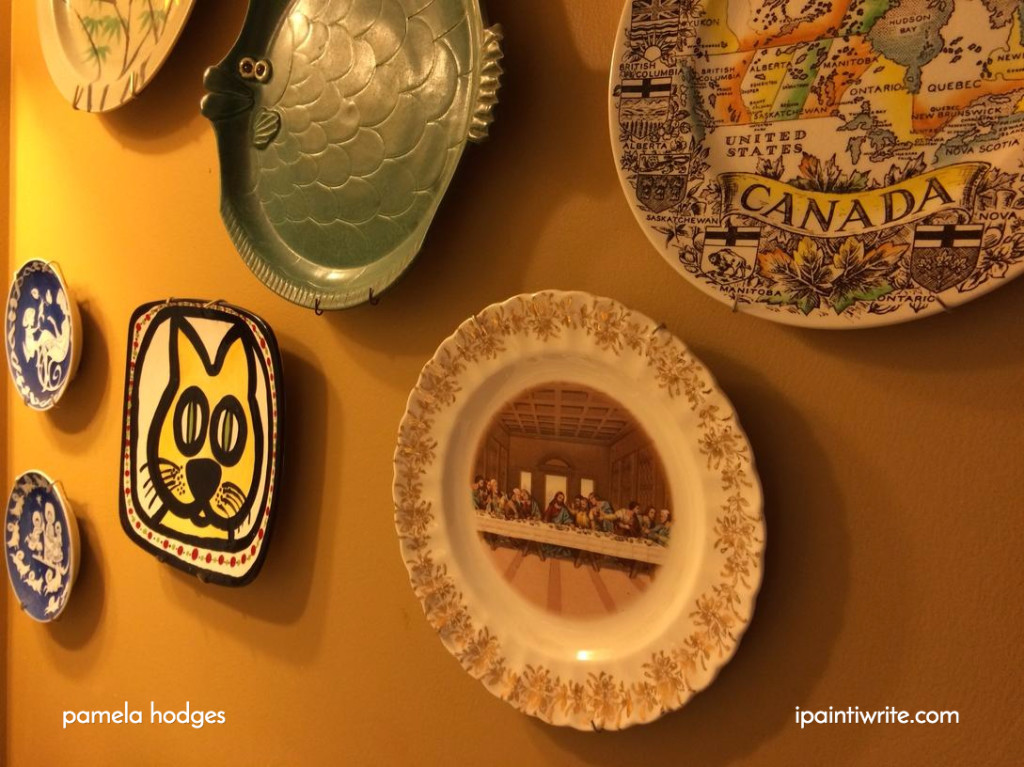 When I searched on Google, I found an obituary for a Meda Young who died on April 26th, 2010 in Eatontown, New Jersey. From my town to her town is 105.8 miles. A two-hour drive.

Maybe The Last Supper plate belonged to the Meda Young  I found on the internet. Maybe I have the plate of the women who, “had a warm smile and a generous spirit that brought joy to those who spent time with her.”

As always I love to hear from you.