5 reasons why long nails are stupid

Yesterday at 2:30 p.m. Eastern Standard Time. I entered a Nail Establishment, and proceeded to attach long, green, acrylic nails to my own nails. 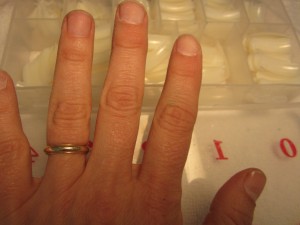 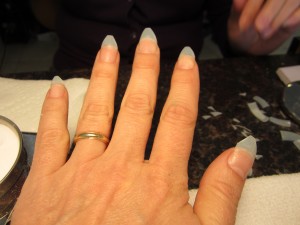 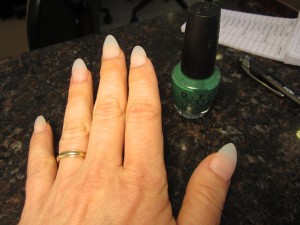 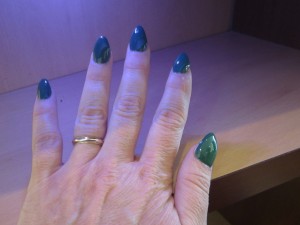 This morning when I woke up at 5:00 a.m. I started to count down the time until I could drive to the same Nail Establishment and get my nails removed. I was parked in front of their store at 9:50 a.m. and waited for them to open. 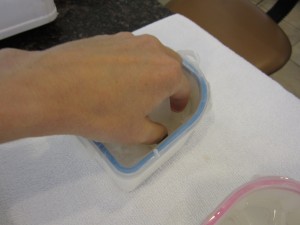 The green acrylic nails were on my fingers for twenty hours, 29 minutes and 12 seconds.

Nicole Ritchies’ nails appeared to be longer than the green nails I was removing. She wasn’t wearing  long nails to be a witch in a play. She was living her normal life walking around with long fingernails. Does Nicole have someone tie her shoelaces and button  her coat?  Does she wear slip on shoes and pull overs?  Can she wash her own dishes and open a jar of pickles? How does she put gas in her car, or clean a litter box?

Long nails are not just impractical. They are stupid.

The decision to wear long nails is stupid. Stupid as Merriam Webster defines it:  marked by or resulting from unreasoned thinking or acting.

I was stupid yesterday.

I thought it would be fun to have long, green nails to look more like The Wicked Witch of the West in the play  Dorothy Meets Alice. Tonight at 8:00 is Opening night for the play. You can order tickets here if you would live close to Telford Pennsylvania, and want to laugh a lot. Performances are at 1:00 p.m. and 4:00 p.m. on Saturday March 9th, and Sunday March 10th, 2013.

Last night I couldn’t tie up my own black pointy boots, and I had to ask a mom to button my long underwear. It was also hard to hold on to my broom when I was flying with the monkeys.

During the 20 hours and twenty minutes and 12 seconds I had long acrylic nails I found:

5 Reasons Why Long Nails Are Stupid

1. If is hard to hold your keys when you  open your front door. 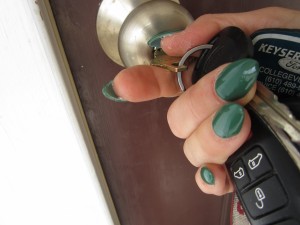 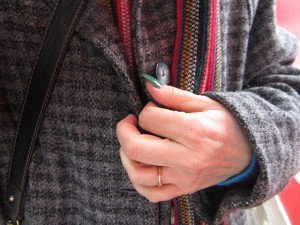 3. You can’t tie your own shoes.  How can I wear my red converse if I can not tie them? 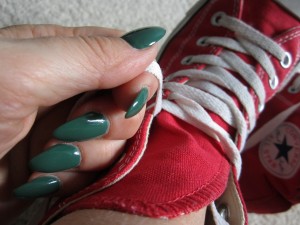 4. It is hard to pick your nose discreetly.  Dark green nails shoved up your nose are hard to hide. 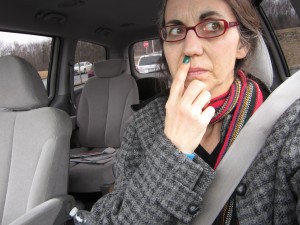 5.  It is impossible to type faster than one minute an hour. I felt like a duck trying to type this morning. 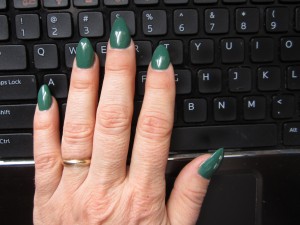 I have my own nails back now. 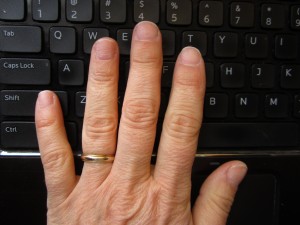 I just realized I may have called some of my readers stupid.

Maybe it is me who is stupid. Now I have to clean out the litter box, button my own coat, and tie my own shoes.

If you have long nails. How do you do it?

Please tell me in the comments. I would love to chat. 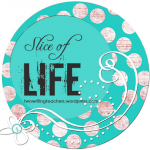